A tactical, team building challenge for a group of international colleagues who get together just once a year.

The Better Than Cash Alliance, hosted by the United Nations Capital Development Fund, works with governments, companies and organisations to accelerate the transition from cash to digital payments to help reduce poverty and drive growth.

This small team only gets together twice a year, so bonding time is precious - and as the delegates were due to be cooped up inside all week, they were keen to have some outdoor activities to look forward to. The previous year the organisers had hosted a football tournament, but they wanted something completely different (yet still fun and competitive) for their 2018 conference.

Event Director Hannah Sheppard and her team designed a half-day programme that made full use of the outdoor space available. The activities took into account the international nature of the guests – but also had a distinctly British flavour.

The day began with outdoor challenges on a selection of inflatables from our It’s a Knockout Around the World game, compered by our brilliant event co-ordinator, Matt ‘Sergeant’ Blagdon. The teams catapulted wet sponges over the wall of the Coliseum, before navigating clouds of foam on the Amazon Rainforest trek. Everyone loved the ‘Around the World’ theme – and they certainly weren’t afraid of getting wet!

Once the delegates had dried off and warmed up with tea and coffee, it was time for a more cerebral challenge. A series of padlocked boxes greeted players inside. Each team was required to solve the puzzles to unlock each box in turn, as they attempted to be first to sound the air horn inside the last box.

The third and final part of the event was a master class in British sportsmanship, as the teams competed in some classic (and some not-so-classic!) sports day races. Giant egg-and-spoon, catch-the-egg and welly-wanging resulted in plenty of laughs, as our international friends got to grips with these curiously British pastimes. We ended with a traditional Tug of War to bring out those last reserves of competitive spirit and end on a high.

Because of the nature of their work, shooting games and archery were not appropriate for this client. This ruled out a few early ideas like Archery Tag, which is great for competitive teams, but we devised a superb alternative in the locked box Tactical Time Challenge. This got the teams thinking hard and collaborating closely, whilst the ‘race against time’ element contributed to an electric atmosphere in the room.

Whilst many of our team building days are created for large numbers, we also love devising constructive and engaging events for smaller groups like this one. There’s no hiding away at the back, so it’s important that everyone feels part of the proceedings and gets stuck in. Our comperes are brilliant at ensuring that every guest is fully involved and enjoys their day to the max.

In our box of tricks… 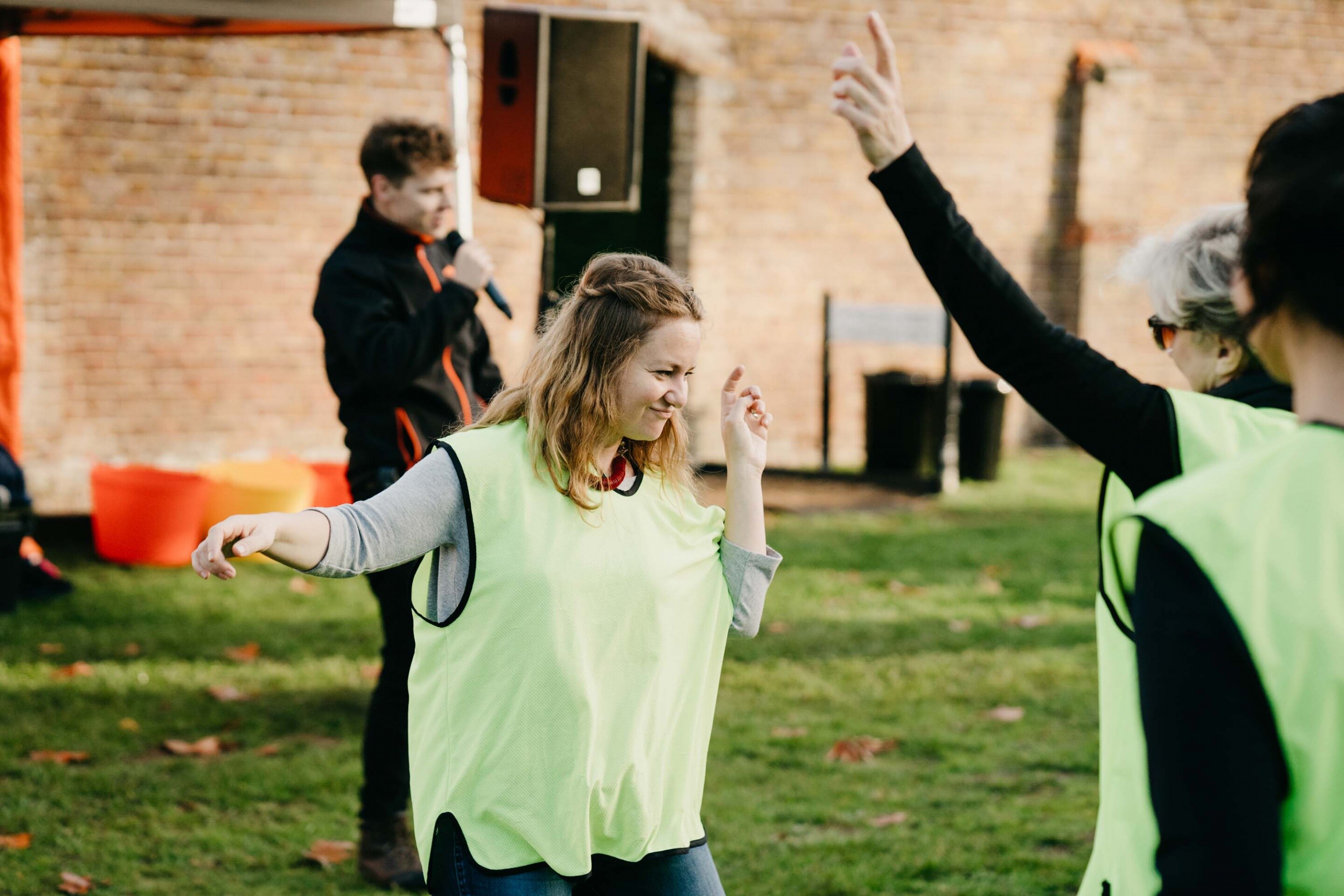 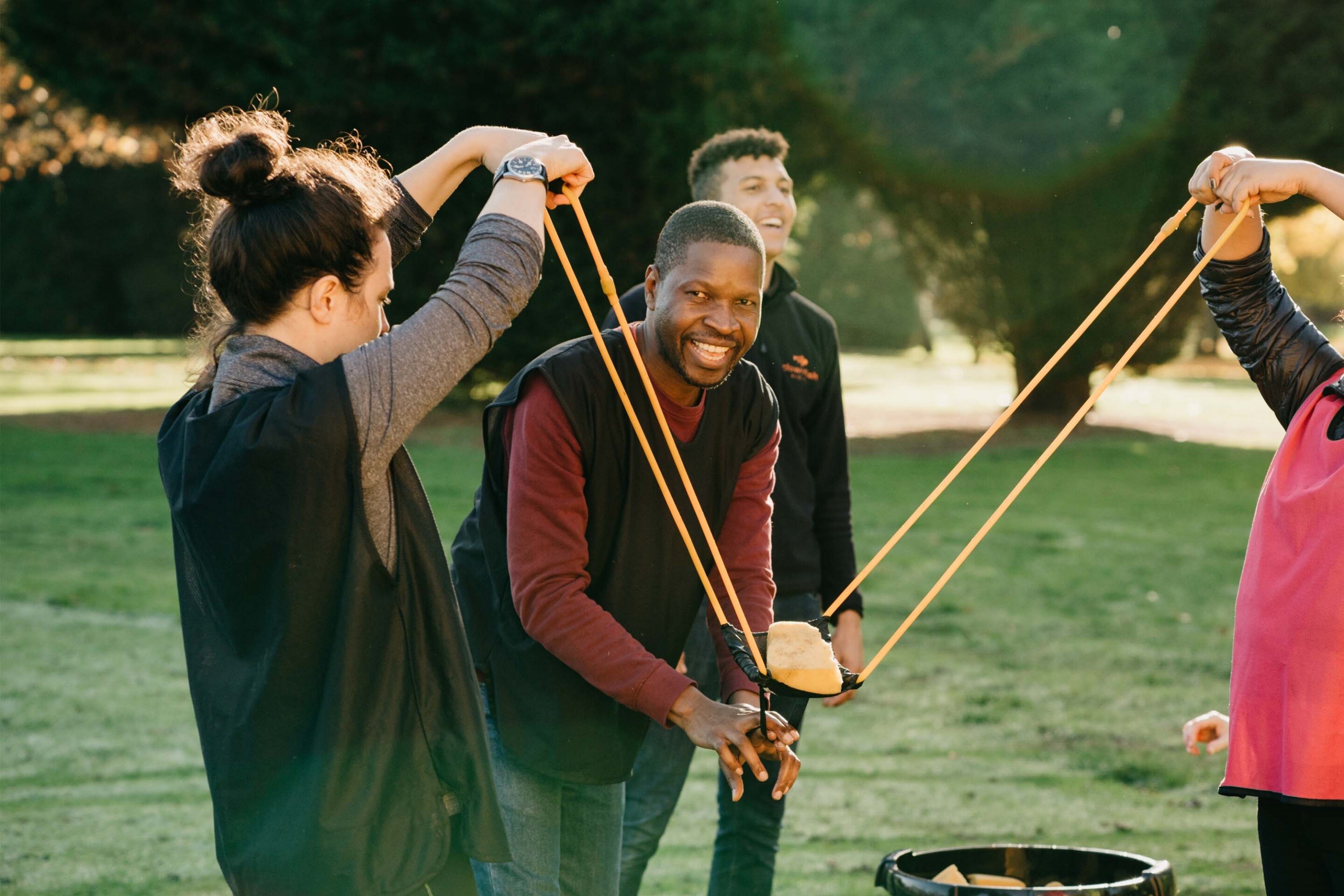 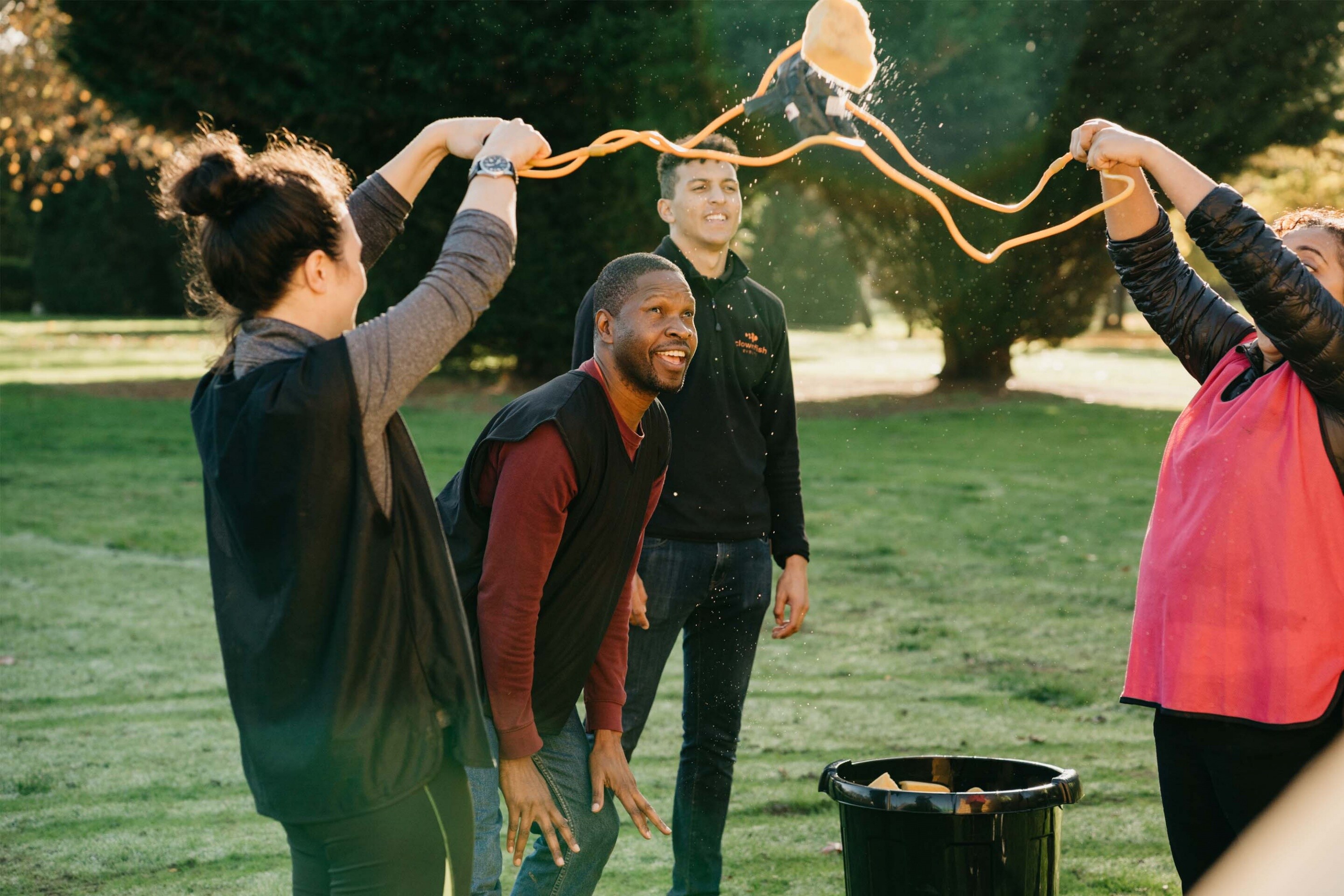 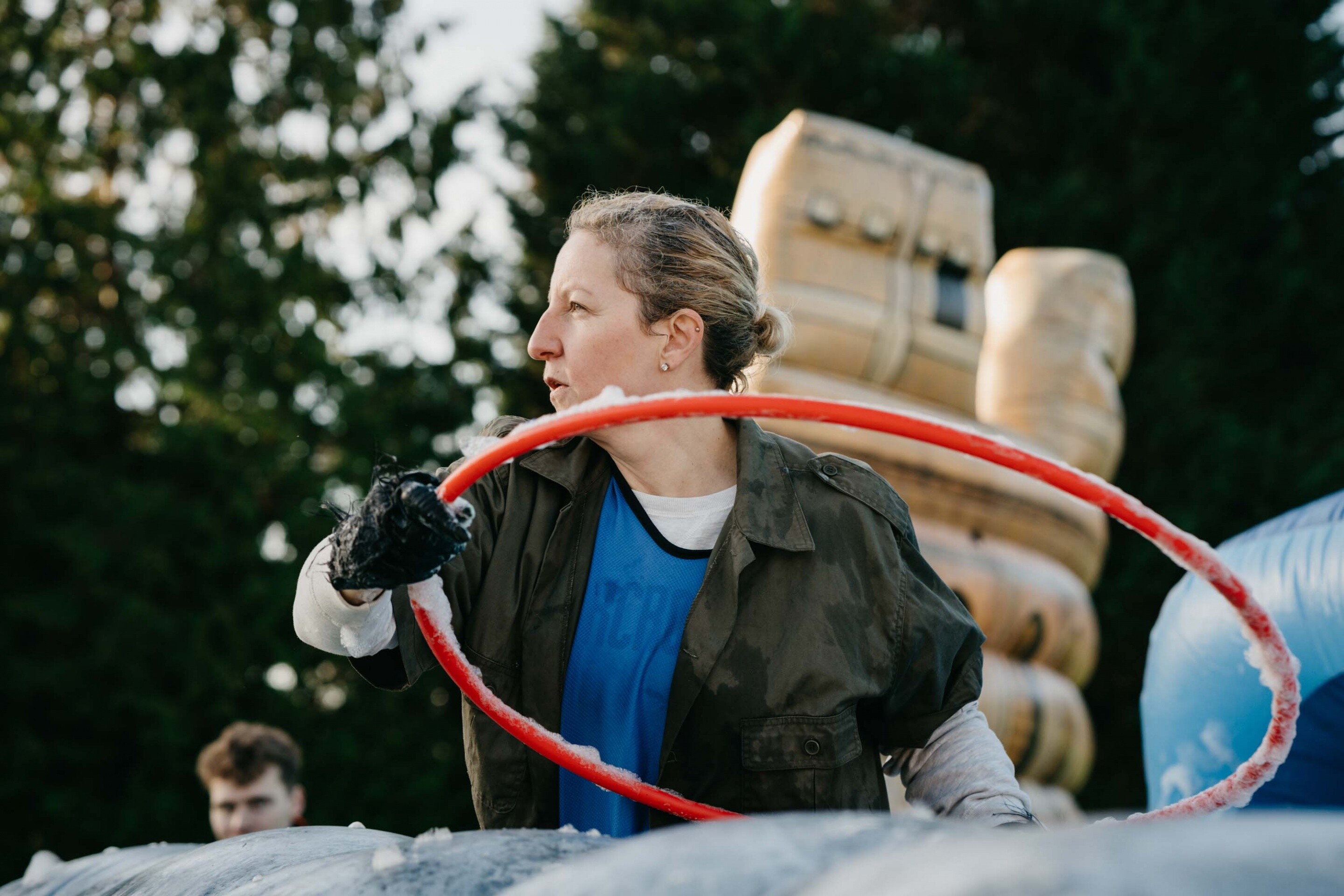 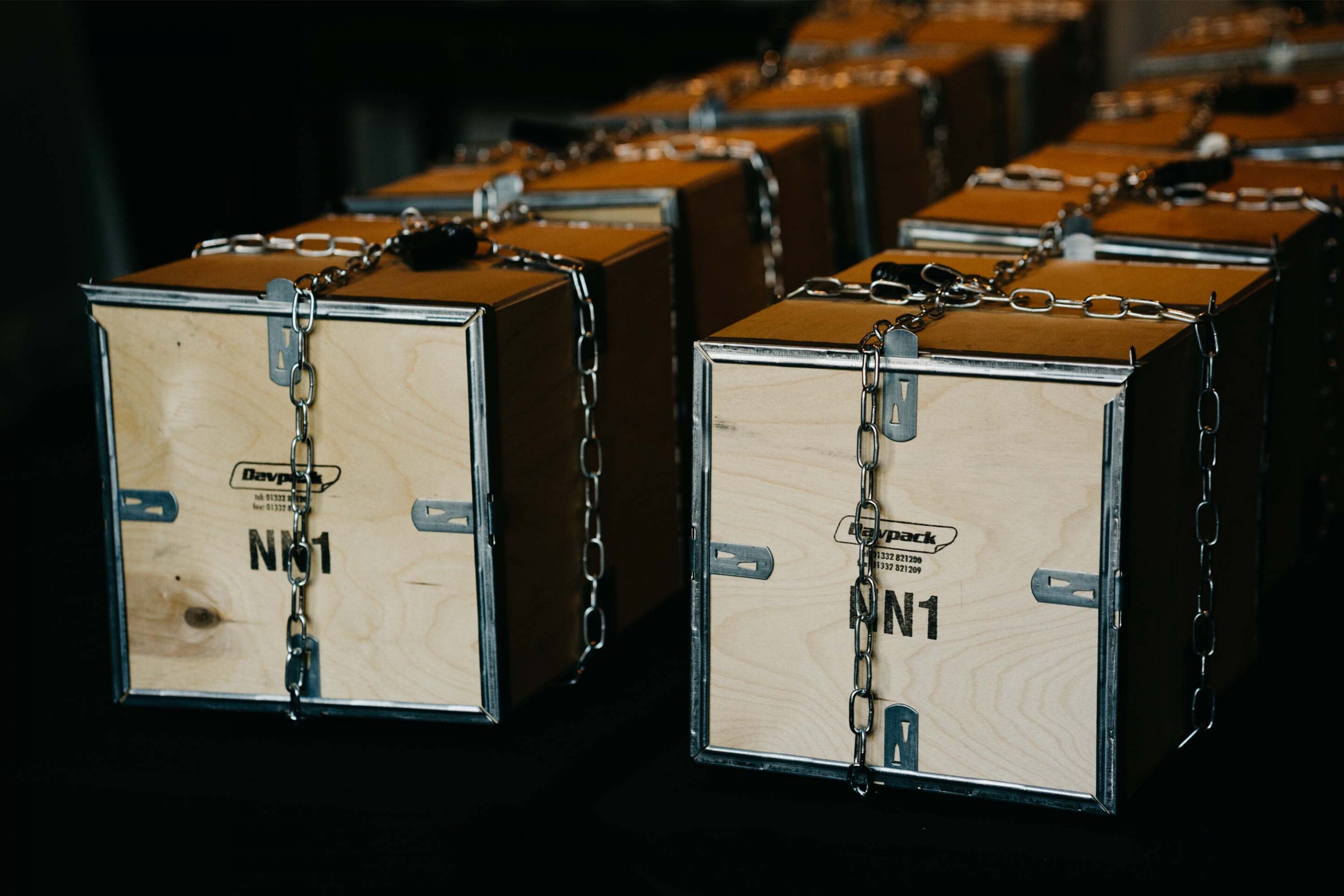 It was a pleasure to work with Clownfish. We were grateful for their thought when selecting games & challenges appropriate for us. Clownfish are the events company we would recommend!
Amela Cosovic-Medic Programme Associate